Not Sure What Your Budget Is? 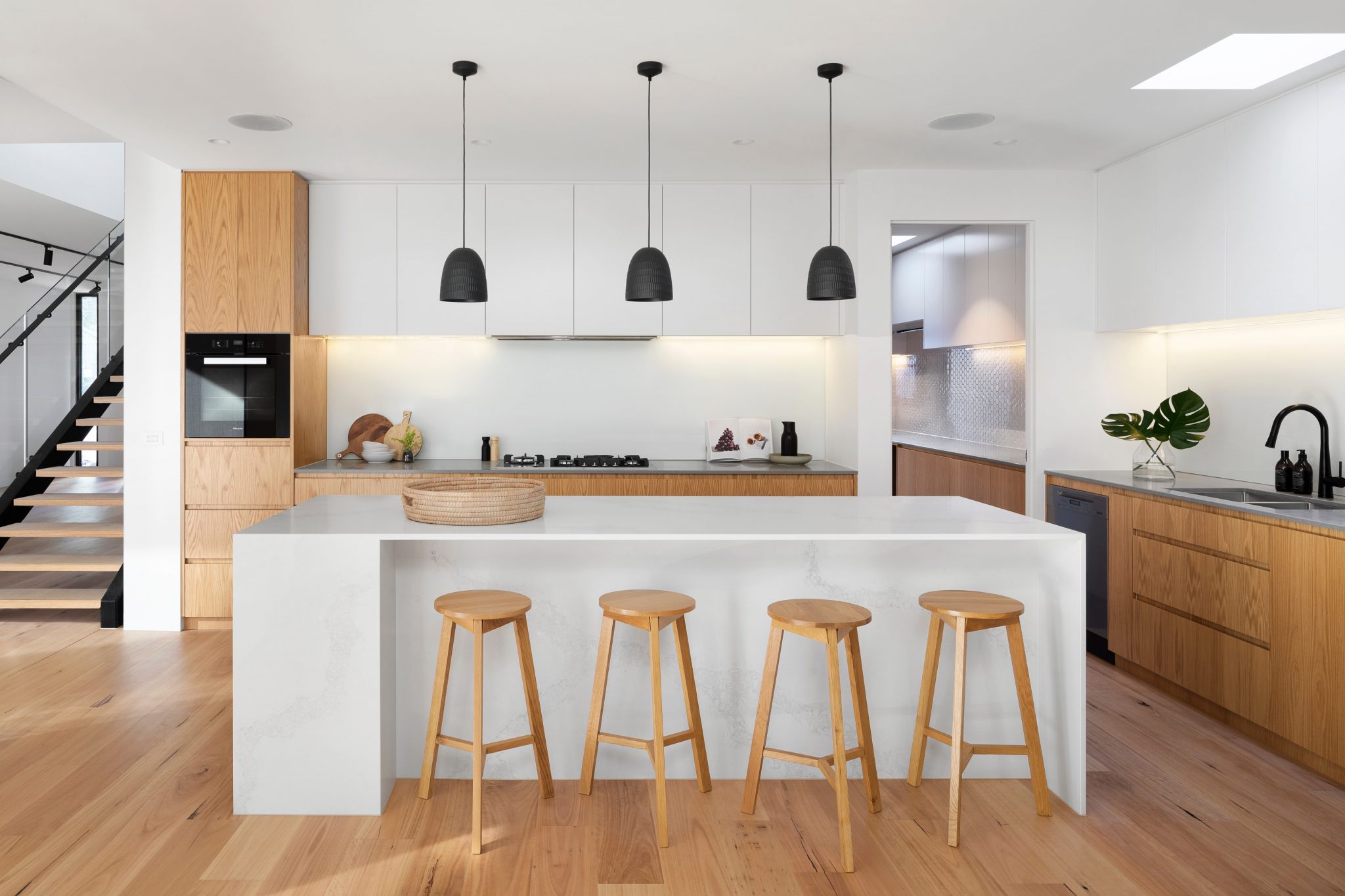 The modern kitchens minimalist style isn’t necessarily the same thing as a contemporary kitchen in the year 2021, no. The modern kitchen design’s history dates back to around World War I, where people opted for simple, minimalistic kitchens versus the traditional, heavily-adorned kitchens of prior. The more rational and efficient nature of modern kitchen design, they say, was adapted to reflect the spirit of wartime, where supplies were limited and people needed to be more industrious.

One major feature of modern kitchen design evolved in direct response and contrast to an undesirable feature of its traditional predecessor. Traditional kitchens were notorious for having little to no ventilation. While that seems wildly inappropriate for any kitchen design in today’s world, modern kitchens must have efficient but strategic (for minimalist reasons) ventilation.

Other than that, modern kitchens have all major appliances, though probably not two of any such appliances, and definitely the bare minimum of other hardware and accessories (which we’ll discuss in the next section). The minimalist style stresses needs over wants.

Every kitchen, to be a kitchen, will require most of the same hardware and accessories – the purpose of a kitchen demands so. The idea is to keep things to a minimum, sacrificing on pieces of hardware or peripheral kitchen accessories so as not to strain your modern kitchen’s appearance, storage, organization, or function.

The minimalist style of every modern kitchen is achieved through a combination of several different elements. First, minimalist kitchens typically have deep drawers and roll-out cabinets to maximize the amount of storage. For efficient storage and organization, drawers usually feature dividers, with containers and baskets in cabinets for the same. Another element is the kitchen island. Modern kitchens commonly follow a linear layout, allowing islands to fit right in and, through their multi-functionality (food prep area, dining area, storage, etc), bolster the minimalist style. Another two minimalist style elements are organization and aesthetic. Minimal is the aesthetic of modern kitchen design, meaning organization is critical by definition!

You know those decisions in life that make you proud of yourself? The investments you look back on and how smart you were for making them? With The Cabinet Center, that’s exactly the way improving your home will feel.

We ask you to accept cookies for performance, social media, and advertising purposes. Social media and advertising cookies of third parties are used to offer you social media functionalities and personalized ads. To get more information about these cookies and the processing of your personal data, check our Privacy & Cookie Policy. Do you accept these cookies and the processing of personal data involved?Yes I Accept